Anti Spanking Bill in the Philippines

The Positive Discipline Act of 2011 passed the first reading at the House committee on the welfare of children. This is also known as the Anti-Spaking Bill, authored by Tarlac Representative Susan Yap and Bagong Henerasyon Rep. Bernadette Herrera-Dy.

As defined under the bill, positive and non-violent discipline refers to “an approach to correct the behavior of a child and to teach a lesson that would build self-discipline and emotional control while nurturing a good relationship with the child by understanding his or her needs and capabilities at various ages”.

As a Filipino, I grew up in culture requiring sticks to discipline us. In the absence of such stick, bare hand is a good replacement to hit us in any part of our body within their reach.

There are always pros and cons. Anything that is too much will definitely give a negative effect. However, if administered with care and caution, it can bring positive results.

Our existing laws protects the welfare of our children in any event of maltreatment and physical abuse. DSWD can intervene and penalize the parents if such incidence occur.

I remember my Aunt in Canada telling me that in their country, spanking is not allowed to discipline kids. As a result, most of the time, their children are very hard to discipline and fears no one.

We have numerous laws, more than what we ever known, but most of them left unimplemented. I hope our lawmakers can enact laws that could solve corruption, unemployment and poverty instead rather than this one. 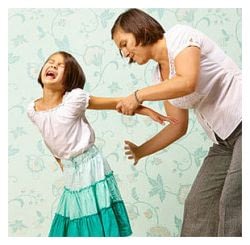 Previous: New Salary Thresholds for Foreign Workers in Singapore: What does it mean to you?
Next: Urgent Need: Job Hiring for a JOB that offers up to $5000 a day