Apple 1 Antique Computer Up For Auction

Everyone knows how popular Apple brand today, especially the iPhone model. With millions of enthusiasts worldwide, Apple continually dominates the market with their top of the line and state of the art products.

Like everyone else, Apple made a humble beginning from the garage which they build their own computer. They call it Apple 1, which goes on sale this November 3 thru auction house Christie’s of London. It is estimated to fetch between $160K to $240K. Though totally no use, the piece of history it has is worth of its price. Handcrafted by Apple founders Steve Wozniak and Steve Jobs. According to them, there are roughly 50 items left from the original 200 which Apple produced in 1970’s. Original price then was $666.66.

The computer was easier to use than the Altair: notably, the Apple 1 had a keyboard connector and could display characters on a TV whereas the Altair used LEDs for display. The display rate was very slow, only 60 characters per second. 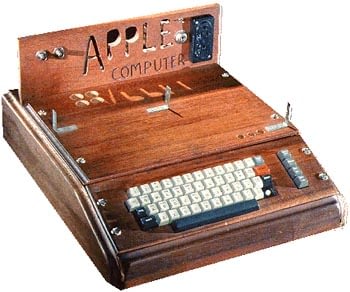 Previous: Google Town on the Rise
Next: Battle of the Pads: iPad versus ALL