Be mindful and sensitive of what you post online

Be mindful of what you post and comment online especially if it is not our issue. We have been warned by our Philippine Embassy not to meddle in this kind of activity. Sad to say, another filipina, Rachelle Ann Beguia(or is it her husband?), broke into that line and the consequences are too big.

She commented on one of the MP’s FB page regarding the cellphone use during the National Day, but she went over the boundary of a responsible comment.

A fan page dedicated to her ouster in Singapore is setup. Singapore National Heart Center, her employer, is also investigating the case.
Below is the full details of her comment, taken from the FB page of the group. 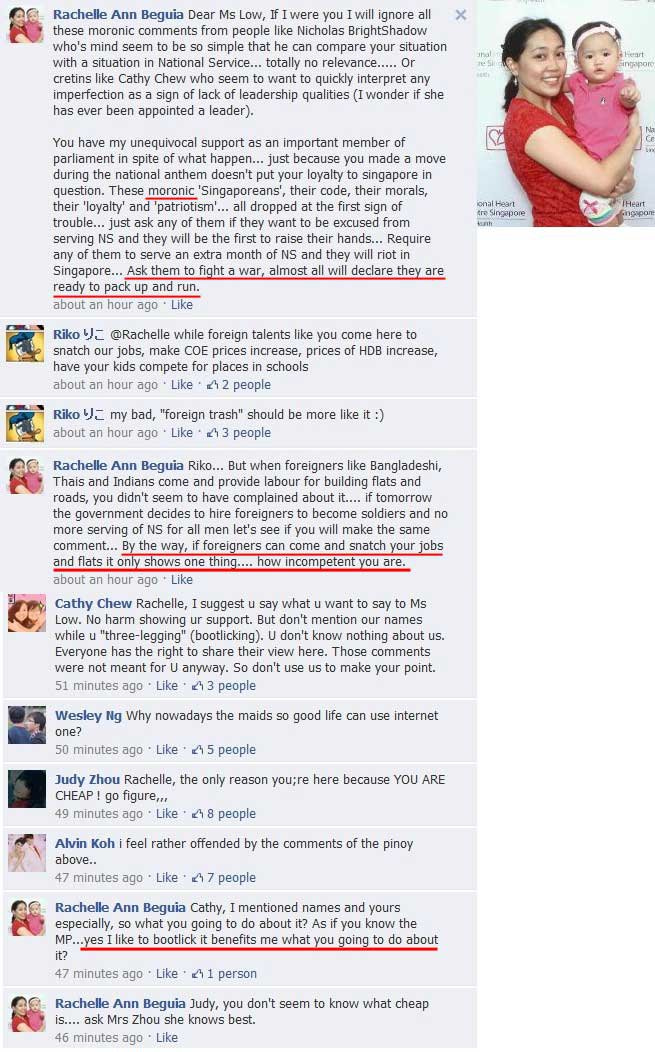 Previous: Another Stricter Criteria for Foreign Professionals in Singapore
Next: Enhancements to the Employment Pass Framework