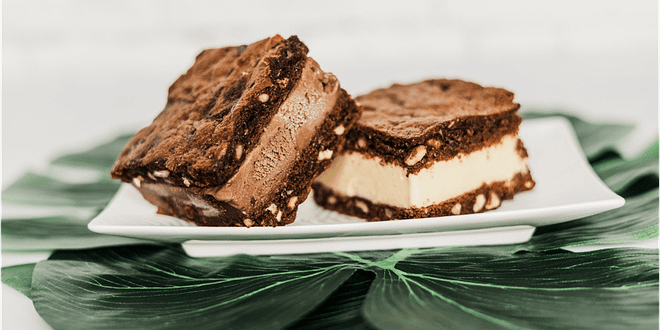 Have you seen any of the Shark Tank episodes? If you are an aspiring entrepreneur, this show is a must to watch. You will learn a lot from the Shark mentors regarding the ins and outs of the business. Shark Tank is an acclaimed and multi awarded reality show with entrepreneurial theme in America. Thru this show, a lot of people worldwide are encouraged and enlightened to pursue their passion in business. They are now in their 12th season with their millionaire hosts/sharks.

On Season 11 Episode 14, they feature Coconut Girl, Franchesca Yamsuan with her healthy alternative to ice cream sandwich product. She created the brand “Coconut Girl”, which is a line of dairy free and gluten free ice cream sandwiches for those seeking healthy diet. These treats come in various flavor such as Aloha Chocolate, Hang Loose Vanilla and Beach Bum Maple. All these ice cream are 100% made with natural ingredients like milk, honey and of course, coconut milk. Hence the coconut girl brand.

Watch the Shark Tank episode on this youtube video link. 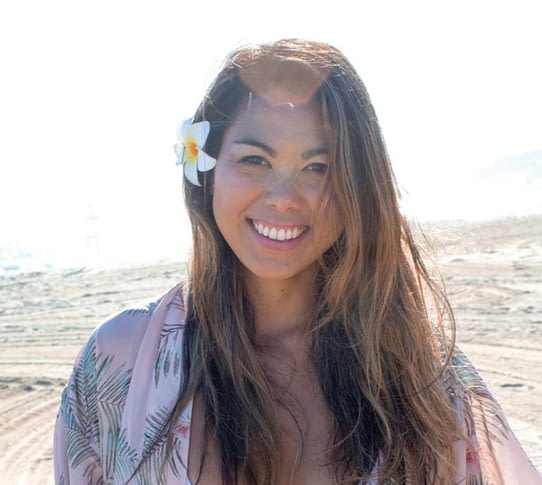 Yamsuan was born in the Philippines and always wanted to do her own business someday. During her childhood days, her mother supported their family by doing multiple jobs. During those times, she made ice cream and selling them in their area to help raise money for the family. She possesses the entrepreneurial skills at a young age.

In 2010, while in her Crossfit gym, she learned about the paleo diet. Her cravings for sweet desserts made her experiment on her ice cream maker to create something that is healthy and appropriate on her paleo diet. That was the moment she created her ice cream which she shared to her friends and family. They liked it so much that they started asking her to sell to them pints of ice cream. News of the health ice cream spread fast in the community and she decided to do full time and make her ice cream business a reality. Just like when she was in the Philippines selling ice cream to her community.

She marketed the ice cream by visiting every fitness event in their area and selling her ice cream. She was super hands-on on the business from packaging, bar code and labels. Then a grocery store approached her and asked if she can do wholesale, which she said yes. That’s the start of her journey to the ice cream business.

After her Shark Tank presentation, the sharks were all eager to taste her sample products. They were never disappointed, the ice cream speaks for itself and amazes all the sharks.

She was asking for a $180,000 investment in return of 18% of the company. She is looking for a partner to help her in making the product a big hit. Particularly a partner that can help her with the logistics and operations so she can focus more on selling and marketing. The money will be used to bring the production cost as low as 50 cents. At that time, she told the sharks that the product cost of production is around $1, with selling/retail price of around $4.99 to $5.99. When asked if this is a good price on that category, she answered yes and told the sharks that even her competitor increased their price to match her ice cream product.

Her products were primarily selling at Whole Foods store, 30 stores. She also got a green light to sell the products in Hawaii, Arizona and Nevada. She is not selling direct at consumer as shipping cost for a frozen product is too expensive. Plus they are under staffed to fulfil individual orders. They need to hire more staff for expansion and order fulfilment. On previous year, her company made around $120,000 in sales and most likely do $300,000 on that year.

Impressed by her presentation, shark Mark Cuban said enough and decided to offer her a deal. He is the first one who jump into action and made an offer. Cuban agreed to give her the $180,000 for 25% equity on her company, with a condition that she don’t listen to other sharks offer. Fellow sharks Kevin O’Leary and Lori Greiner also gave her an offer. O’Leary gave her same offer as Mark Cuban, but decided to lower the equity to 20% just to get her approval.

Then Mark Cuban also lower his offer to match the 20% equity offered by Kevin. By this time, he gave last chance to Yamsuan to accept his offer or he will walk away with the deal.

Yamsuan agreed with Mark Cuban offer and they close the deal with a 20% equity in exchange for the $180,000 investment money. Both are happy with the deal, with Mark getting more ice cream sandwiches to eat and gave all the sharks another piece.

WHAT HAPPEN TO COCONUT GIRL NOW?

She continued the business after getting funding from Mark Cuban and his team. They were able to get a co-packer to lower the production cost and make her focus on sales and marketing which she enjoyed most. After all, she is the coconut girl and the face of the company.

Despite of the pandemic, she is still active in the business. They are affected but still surviving. They now caters online orders thru their store and online thru Whole Foods, their biggest selling partner. Aside from ice cream, they also have merchandise which can also be purchased online like tank tops and shirts.

WHO MUCH IS SHE WORTH NOW?

There are no public details as to her net worth now. But during the shark tank episode, she said the business earned $120,000 on previous year and on track to do $300,000 on current year. When she asked for $180,000 for 18% of the business, she valued her company to around $1 million. However, with the final deal from shark Mark Cuban of 20%, the company is now worth $900,000. And she owned 80% of it. Still pretty OK for a start up business like hers. Considering Mark Cuban as partner, there is no doubt they can make this pretty big in the future. Perhaps post pandemic when all sports and gym activities are back to normal.

Coconut girl is very confident on her pitch, knowledgeable in her marketing and very hands-on on the business. These traits made her an instant hit with the sharks. She persevere and work hard to start the business against all odds. Continue with your passion!

Previous: 7 Types of Investments Products To Achieve Your Financial Goals