Now the question is, do we really need OEC in which we have to pay S$6 each?

As an OFW, we already paid the OWWA contribution of $25 per contract. In Singapore, we have to pay S$42 for maximum of 2 years OWWA membership.

In order to be registered as a member, we have to show several documents such as employment pass, employment contract, passport and OFW sheet.

Initially, their intention is to prevent undocumented worker going outside the country, preventing some unforeseen disadvantages to them. However, will the S$6 fee prevent that from happening? What will happen to that contribution then, and where it will be allocated?

As a Singapore OFW, I don’t see any significance of paying such contribution in which I can’t see anything that they have made out of it. Or any projects that they have implemented with the use of this fund. For me, it’s just another fund prone to corruption.

Are they aware that getting such document here in Singapore can take up to 3 hours or more?

In 2008 report from COA(Commission on Audit), they found out that there was around Php40 million worth of bonuses and incentives illegally distributed to POEA staff. Is the money come from our OEC payments? I do not know, but it could be.

There are other ways of ensuring that the departing OFW is legal and is a registered member of OWWA. We can show our employment pass, OWWA membership receipt and even employment contract to the POEA booth in the airport. Will that cost S$6 to each to verify? Is this really applicable to vacationing OFW with existing jobs abroad?

It is sad to say that there are lots of government officials taking advantage of OFW’s. Considering the numbers of OFW all over the world.

I wouldn’t care much if the fund is used for a noteworthy cause. But as long as I never see any noteworthy projects done by them, I strongly oppose paying and securing OEC for vacationing OFW. 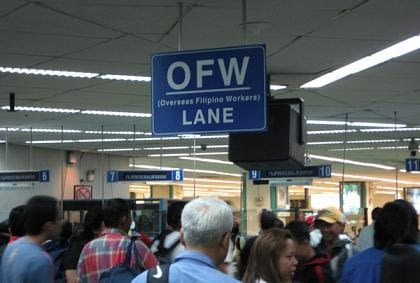 Previous: Let Us Give the Dead a Proper Burial
Next: The Philippines Biggest White Elephant: A burden that took 30 years to shoulder