P20 bill
Obverse: Manuel L. Quezon
Reverse: Banaue Rice Terraces and a palm civet from the Cordilleras, which are famous for producing the coffee alamid 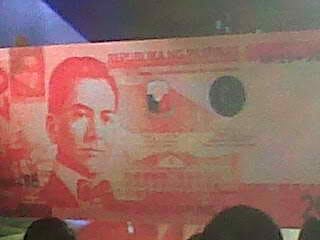 P50 bill
Obverse: Sergio Osmeña
Reverse: Taal Lake and the Giant Trevally (locally known as Maliputo), a delicious milky fish which thrives only in the waters of the lake 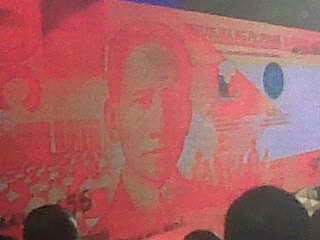 P1,000 bill
Obverse: Josefa Llanes Escoda, Vicente P. Lim, and Jose Abad Santos
Reverse: Tubbataha Reef Marine Park and the South Sea Pearl, which is produced by oysters that thrive in the South Seas which the Sulu Sea is a part of.

The obverse part of the bill shows our national icon on their younger age compare to previous bill. Also, the new bills are focused on promoting our local tourism.
The new security features of the bank notes include embossed prints, serial numbers, security fibers, watermarks, security thread, optically variable device, optically variable ink, and a see-through mark. The features increase as the value of the note goes higher.

The see-through mark is the word “Pilipino” written in Baybayin, a pre-Spanish Philippine writing system, which is only seen in complete form when the note is viewed against the light.

A banknote’s design is first conceptualized before it is drawn by an artist into a prototype banknote. Once the prototype has been approved, printing plates will be produced.

The production of banknotes consists of litho printing; intaglio printing; sheet inspection; numbering; tenning (where numbered sheets are inspected every tenth sheet to check if there are defects); and finishing which includes cutting, counting and packaging, according to the BSP.

Previous: Do you have the 10,000 peso coin?
Next: When is the best time to visit Singapore?