Keeping Honor and Integrity: The Death of Angelo Reyes

February 8, 2011 marks the death of former AFP Chief of Staff Angelo Reyes in an apparent suicide. And his choice of place, in front of her mother’s grave in Loyola cemetery in Manila.

Recently, the allegation of corruptions on Reyes and other AFP generals became a public buzz. With senate hearing on going and several witnesses take the stand against them, the public cry for investigation on their alleged anomaly became so loud.

Person is innocent unless proven guilty, that is what our law stated. I have followed and read some of his previous accomplishments and track record. He was an icon in our armed forces and considered influential among his comrades. Until this “pabaon” scandal came to limelight, and all his accomplishments fade away. Together with other generals, they are all under investigation for corruption.

The evidence is strong, the witnesses seems reliable.

I guess former Gen. Angelo Reyes sense the beginning of his end. On keeping his honor and integrity, I think his conscience troubles him so much. Where are those principles that they vowed to protect and serve the country?

The alleged money involve is 50 million pesos. Considering the amount, other politicians and prominent figures in our Philippine government have corrupted even more. We are talking of millions and billions of Philippine money, and yet, their conscience still remains not bothered. Or they have no conscience at all.

Money is the root of all evil. I guess it’s wrong. It’s is us, who do evil and blame it to the money. It is our nature.

If only all those corrupt officials will follow what Reyes did, I guess government will collapse. I hope this incident of suicide enlighten the minds of those people still involved in corruption. May time will come that their conscience bothers them so much and then decide one day that they need to change. If change cannot he achieved, taking their own life would be the last option.

The general is dead, and criticizing him is not appropriate. Let’s put the issue behind and look forward for a better Philippines. 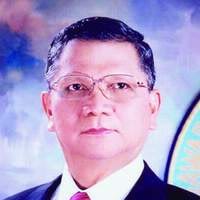 Previous: Buy the Best Items at Cheapest Price at Singapore Police Force Auction
Next: In View of Those Filipino’s in Death Sentence and Similar Fate