Below is an article published today in a Singapore newspaper The Strait Times, authored by Bruce Gale.

——————————————-
Last week, when the London- based Quacquarelli Symonds organisation released its global rankings of higher educational institutions, none of the premier universities in the Philippines made it into the top 300.

This year’s Competitiveness Report, issued by the World Economic Forum, was similarly depressing. Out of 138 economies, the Philippine education system ranked 68th. In South-east Asia, the Philippines was behind Singapore, Brunei, Malaysia, Indonesia, Thailand and Vietnam. It only managed to fare better than Cambodia.

There was once a time when Filipinos were among the best educated in Asia, and the nation’s primary, secondary and tertiary educational institutions were widely respected. But now, official data shows that out of 100 children who enter Grade 1, only 43 finish high school, only 23 pursue college or vocational courses, and only 14 complete tertiary education.

The Philippine education system has been in decline for decades, at least partly as a result of the failure of successive governments to allocate sufficient funds to the sector. For a nation that depends heavily on the reputation of its skilled English-speaking workers, the erosion of educational standards is serious.

Fortunately, the state of the nation’s education system has finally become a major national issue. Mr Aquino made improving the education system an important plank in his presidential campaign last year. But can the Aquino government live up to its promises?

Critics, however, have been unimpressed by the show of concern. In July, the Alliance of Concerned Teachers (ACT) gave President Aquino a failing grade for his performance. “The Aquino administration has significantly worsened the crisis in the education sector because of a lack of funding and preparation bordering on criminal negligence,” thundered ACT leader Benjie Valbuena.

That said, the needs are immense. The public school sector reportedly lacks at least 2.5 million chairs in its 45,000 public elementary and high schools. There is a shortage of around 60,000 classrooms. The huge backlog has left students in crowded schools sharing books or sitting on the floor during lessons.

The Aquino administration is embarking on an ambitious plan to add two more years to the current 10-year basic education cycle. The 12-year education plan includes seven years of primary education and five years of secondary education. The idea is to bring the country into line with international practice and allow the education authorities to introduce new subjects at pre-university level.

These plans for reform, however, are proving controversial. Some parents oppose the additional two years of schooling because they want their children to start earning an income, and see the proposal as an added expense.

Other critics argue that the programme is unachievable, given the shortage of teachers, textbooks and other educational resources.

Meanwhile, officials in the state universities are angry, believing that their institutions are being neglected while the government focuses on improving primary and secondary education. Last year, the Aquino administration cut subsidies to colleges and universities. This prompted tertiary institutions to raise tuition fees, triggering protests.

This year, the focus of critics is on alleged budget cuts for maintenance and capital outlays involving the construction of new buildings and facilities for tertiary institutions. Government spokesmen deny making any cuts, arguing that the allocations concerned were inserted by Congress and subsequently vetoed by the President because the government had no money to fund them.

Yet another problem facing the Philippine education system is the mismatch between skills and jobs. This is an issue neither the government nor its critics appears to be addressing in any systematic way, despite the fact that it contributes to the high unemployment and underemployment rates.

Mr Aquino’s reforms may not please everybody, but the initial focus on basic education makes sense. It might even help those tertiary institutions that now find they must organise remedial courses to improve standards.

In the short term, however, further falls in the international standing of Philippine universities seem inevitable.
——————————————-

Our current education is really in bad shape and needs urgent attention from the government. We have so many graduates, and yet no jobs available for them. In the end, they may end up working in call center, underemployed or work overseas doing other jobs far from what they have studied. Public schools are left without chairs, books and even basic necessities to have a decent learning environment. And yet, our senators and congressmen are busy watching Ms Universe or watching Pacquiao fight. Or worse, we see them on national TV fighting each other with their personal vendetta against fellow officials.

It’s hard to admit, but the reality is so obvious. Our government is doing little or nothing at all to improve the quality of education. They were there to satisfy their lust for power and money, leaving most of us deprived of education services that we needed.

I wonder how, as a concerned Filipino citizen, we can help our countrymen. Any suggestions? 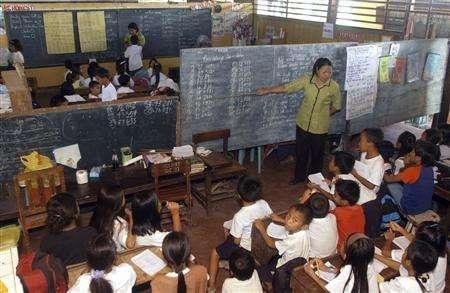 Previous: HP TouchPads at COMEX 2011 – Available only to first 200 customers
Next: Amazon Kindle Fire: Is it a worthy iPad nemesis?