The Philippines Biggest White Elephant: A burden that took 30 years to shoulder

During the 1973 oil crisis in Middle East, Philippine was also not spared as we are solely relying our oil imports from them. It put a heavy strain on our economy, which was then headed by former President Marcos. In response to this, he ruled out that a nuclear power is the solution to our countries needs.

In 1976, the construction of Bataan Power Plant began. A US company, Westinghouse, spearheaded the nuclear reactor construction. It was designed to produce 621 megawatts of electricity. The project was completed in 1984, with the actual cost of $2.3 billion.

Marcos was then overthrown by the People Power revolution in 1986, and was replaced by former President Cory Aquino. The latter then, having grudges on Marcos, decided to scrap the initial plan of a nuclear power plant. The decision was also influenced by the Chernobyl disaster during that same year.

Now, this power plant stood in Bataan, generating not even a watt of electricity. It will be there as a reminder for our government officials about their stupidity and lack of care when spending our money.

Until such time that they can do some other usage of this building, it will always remain the greatest wasted investment that our country had.

At least now you know where our taxes went. 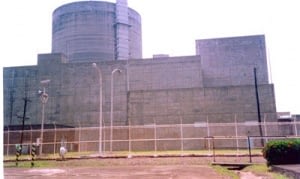 Previous: Do We Really Need OEC (Overseas Exit Clearance)?
Next: Here’s the probable looks of the iPad 2 that you’ve been waiting for