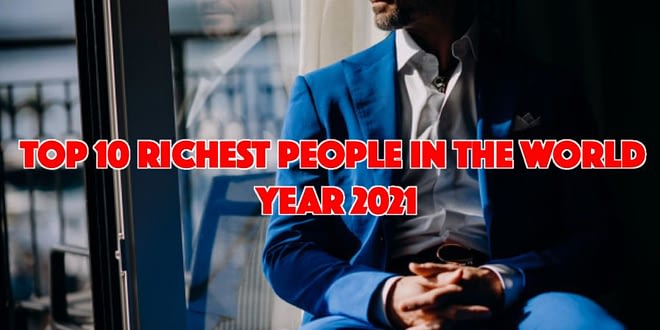 Some of them were affected by the pandemic and slightly reduce their wealth, but for most, the pandemic serves as a catalyst for a billion dollar growth in their wealth. Specially the online and technology sector as most people turn online for their day to day needs. Amazon is a good example of a company profiting the most out of this pandemic due to shift in online purchases.

TOP 10 BILLIONAIRES OF THE WORLD 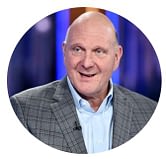 Steve Balmer made its fortune via Microsoft. He joined the company in 1981 and became its CEO from year 2000 to 2014 after it’s founder, Bill Gates, step out. Aside from Microsoft, he is also the current owner of NBA team Los Angeles Clippers.

Mukesh Ambani is a billionaire business magnate and also the chairman and largest shareholder of India’s most valuable company by market value, Relliance Industries Inc (RIL). The company has ventures in petrochemicals, retail and telecommunications industries.

Larry Page is one of the co-founder of Google together with Sergey Brin. He is an American computer scientist and internet entrepreneur. He made most of his wealth in Google, where he served as it’s CEO then moved to become the CEO of it’s parent company, Alphabet Inc.

Warren Buffett is the oldest billionaire on this list. He is one of the most successful investor in the world and the chairman and CEO of Berkshire Hathaway. He is also called the “Oracle of Omaha”, as he was born in Omaha Nebraska. He made is money thru value investing in companies with huge potential growth in the future. Buffett is also known as a great philanthropist of our time, where he pledged to donate 99% of his wealth for philanthropic causes, mostly thru Bill & Melinda Gates foundation.

Larry Ellison is an American businessman, investor and philanthropist. He is also the co-founder, executive chairman and CTO of Oracle Corporation. Oracle is one of worlds successful database vendor to mid and low range systems which are used by the companies.

Mark Zuckerberg is popularly know as the co-founder of the giant social medial platform, Facebook, during his college days in Harvard. He is also the worlds youngest billionaire at age 23 when he took the Facebook company public, where he owns the majority shares. Facebook is currently the most successful social media platform with billions of users around the world.

Bill Gates made its fortune thru Microsoft, which he co-founded. He is considered as one of the best known pioneers and entrepreneurs of the microcomputer revolution in the 70’s and 80’s. He co-founded Microsoft with his childhood friend, Paul Allen in 1975. Microsoft become the worlds largest personal computer software company in the world. Almost all computer users have used any of their highly successful software products. After he stepped down as CEO of Microsoft, together with his wife, he focused his time on philantropic endeavours.

Bernard Adault is a French billionaire businessman. He made his fortune thru Louis Vuitton, the worlds largest luxury goods company. He is considered as the richest person in the world in fashion sector. He is the current chairman and chief executive of LVMH.

Elon Musk is the current founder, CEO & CTO of SpaceX, CEO and Product Architect of Tesla Inc, founder of The Boring Company, co-founder of Neuralink and co-founder of OpenAI. He made a fortune thru this company. In early days, he co-founded ZIP2 company which was acquired by Compaq for $307 million in 1999. His most notable business was X.COM, an online bank, where it merged with Confinity and became PAYPAL which was bought by eBay in 2002 for a whopping $1.5 billion. He used the proceeds to build his current businesses.

Jeff Bezos is the richest man in the world as of this day. He is best know as the founder of Amazon, a giant technology company with main business in online retail shopping. He is the founder, CEO and president of Amazon. While the pandemic reduced wealth for a lot of people, Jeff Bezos continue to amass his wealth as people shift to online shopping. The company also ventured in online book store, e-commerce products and services, video and audio streaming, cloud computing and artificial intelligence (AI). Apart from Amazon, he also owns business such as aerospace manufacturer Blue Origin and the American newspaper, The Washington Post.

Previous: Best Blue Chips Stocks to Buy in the Philippines for 2021
Next: Top 7 AIA Singapore Performing Funds in 2020

How Much Insurance Coverage Do you Need?